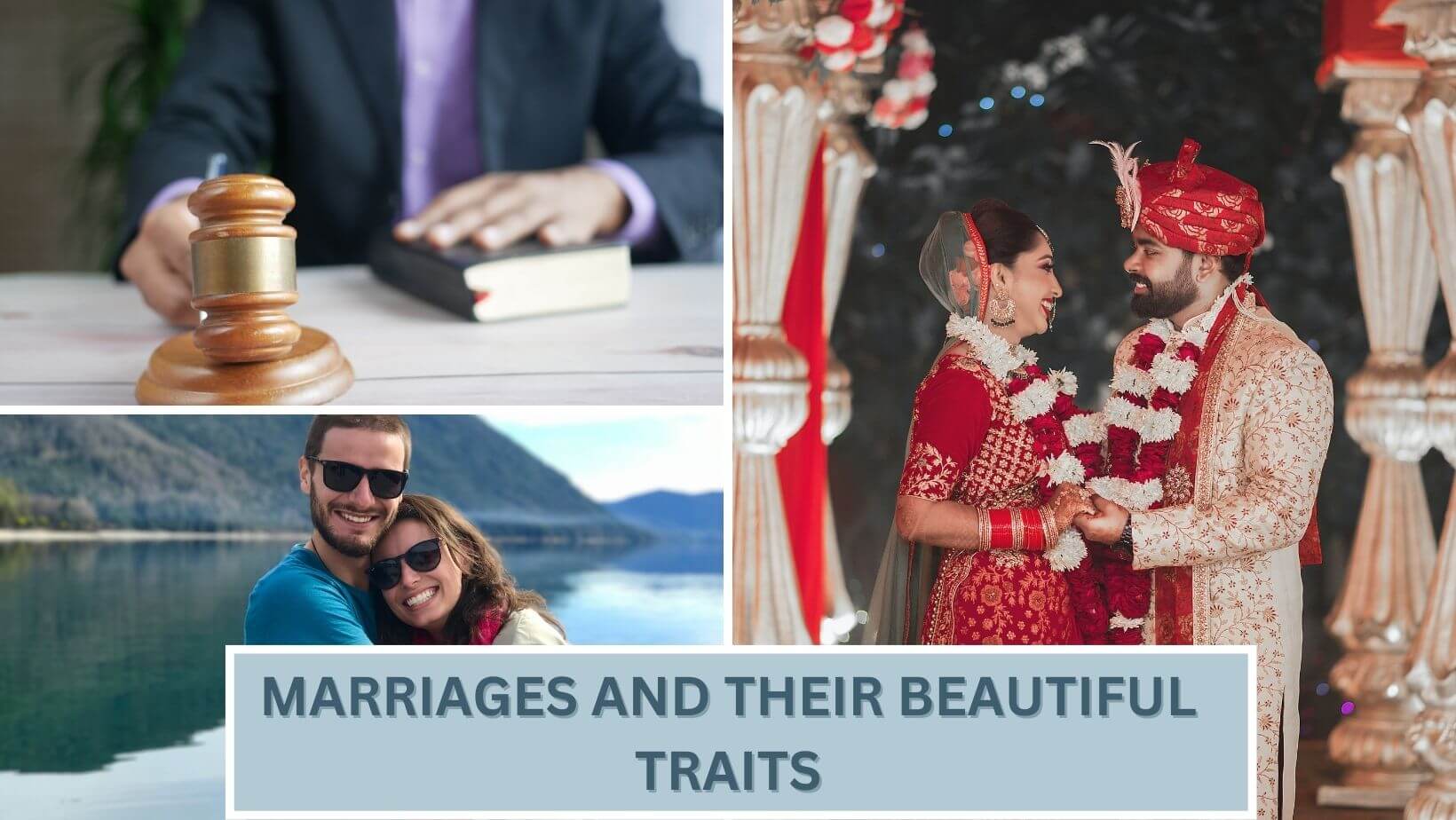 Marriage, matrimony, or wedlock as we call it, is a union between a man and a woman regulated by laws, regulations, castes, cultural beliefs, and so on. In ordinary words for ordinary men, It means being blessed with a perfect life companion who would be with us always all through our thick and thin situations of life, in all our happiness and struggles, That is like our shadow always by us throughout our lives. Marriage is vital in each one’s life because after marriage what takes place is a transformative change that changes how two people look at each other, at the future, and also at their roles in society . Marriage is not sufficient, married life should be healthy and strong and the traits for that are love, commitment, dedication, communication, tolerance, patience, openness, respect, honesty, generosity, compromises on small things, and avoiding EGO. These are a few facts about what marriage is. Let’s see Indian marriage rules and the Indian marriage age to get married.

The legal marriage age for an Indian girl is 18 years and for a boy is 21 years. This is the age in India where men and women can marry as at this age individuals can give their consent for their marriage. This is the marriage age even though I feel this age is the time when most boys and girls are primarily in their fancy world with fewer life experiences. Even though this is the age the best advice is to attain an age where maturity is obtained and learn life a little through experiences and then only think of marriage for a happy future.

In India, we have Hindus, Muslims, Christians, Sikhs, and so many communities, and for all of them, after the solemnization of marriage, the marriage should be registered according to the marriage act.

TYPES OF MARRIAGES IN INDIA AND WHICH IS FAVOURABLE

Every marriage is unique because no two individuals are the same, so their relationship or marriage also will be one of a kind, which cannot have a replacement. India is a land of colourful cultures, customs, and beliefs and we have many communities as well. In India according to the Hindus, there are eight types of marriages based on the Hindu Vedas, There are also various types of weddings like monogamy, polygamy, and so on but here are just two types of marriages in India that  I would elaborate and that is

Love marriage is when two individuals know each other, that is we choose our life partner maybe because we find all the potential characteristics that we need in the person whom we love. In love marriages we had spent sufficient time with the other person which enables us to be more connected with the person, emotionally, physically and mentally which increases understanding and empathy.

Arranged marriage means the union of just not two persons but of the families, so very much importance is given to the cultures, beliefs, family status, education, and values rather than the personal choices of their children. The individuals are not given enough time to understand each other’s views, beliefs, etc. As a result, life becomes adapted to adjusting to each other.

LOVE AND MARRY VS MARRY AND LOVE :

Through the passing years and with our modern individuals with greater concepts about their married life, arranged marriages are seen declining though it is fully not diminished . These days youngsters are also of the opinion of an arranged marriage after love. Whatever it may be it is all a matter of personal choice and preferences of unique individuals. In the modern world can you imagine a scenario like earlier days when the phone bell rings and your mother picks up the phone and stares at you she is murmuring something slowly, nodding her head, and making faces; just imagine after picking up the phone calling your father and discussing that your uncle or aunty called and suggested a family and they have an elder son who has a government job and do on and your parents suggesting that you should meet him before you say NO.

Now what I meant is in today’s modern world and with our individuals, today can this be done. Today,s individuals are far more customized about their life, they have different concepts about how their life partner should be irrespective of family matters like family status, profession, cultures, beliefs and so on . Today individuals are more on the concept of knowing each other before starting their lives together, they want to be under one roof only with that person whom they feel is understanding, sharing, and knows all their negatives and not only positivity. So maybe that is the reason why arranged marriages are coming to a decline and love marriages, but still, it depends on individual choices and the debate over which is the best love or arrange is an old age one. Whatever marriage you choose for the year, marriage dates are very important, especially for Hindu marriages, and let’s see a few dates for the year 2022

As we are in October and with the winter season setting in northern parts of India, let us see a few good dates for Hindu marriages. From 19th November up to 27th November are considered auspicious dates to tie the knots. December again is a beautiful month as it is the last month of the year so from 2nd,7th,8th, and 14th dates are considered good dates in December.

Marriages are also a very beautiful ritual and so are even minute incidents connected with weddings and the wedding celebration. This year is nearly at the end, and with cold winter already arrived and wonderful auspicious dates waiting for you, Plan your marriage and enter into the beautiful celebration of life with your loved one.